Azerbaijani-Slovakian business forum was held in Baku Business Center on 13 November with the support of the Ministry of Economy and Azerbaijan Export and Investment Promotion Foundation (AZPROMO). The ceremony was attended by Azerbaijani and Slovakian officials, including representatives of 200 companies operating in industry, energy, ICT, machine building, chemistry, food, healthcare and other fields.
Speaking at the ceremony, Minister of Economy Shahin Mustafayev emphasized that the business forum is a favorable platform for direct negotiations between business circles and for defining promising areas of cooperation and discussing concrete projects. It was noted that Azerbaijan attaches great importance to the development of relations with EU countries, including Slovakia. Today, there is broad cooperation between Azerbaijan and the European Union. Azerbaijan's role in ensuring Europe's energy security, numerous business forums, business meetings, and joint projects are examples of successful economic cooperation.
The European Union is a major foreign trade partner of Azerbaijan. The share of EU countries in the trade turnover of Azerbaijan was 42% ($ 9.4 billion) in 2017 and increased by 26% in 9 months of 2018 to $ 9 billion. The trade turnover between Azerbaijan and Slovakia increased by 33% in the first nine months of this year compared to the same period of last year. At present, there are 11 Slovak-based companies in the fields of service, trade, construction, transport and etc.in Azerbaijan.
However, there are opportunities to further develop mutual co-operation, economic and investment cooperation between our countries. The Minister of Economy emphasized the potential for cooperation in the fields of industry, energy, agriculture, tourism, ICT, transport and etc.between Azerbaijan and Slovakia and invited business circles of both countries to take advantage of favorable business environment and to implement joint projects contributing to the development of trade and economic relations between Azerbaijan and Slovakia.
Minister Shahin Mustafayev also informed about the improvement of the position of our country in the economy of Azerbaijan, in the reforms and reports of international financial institutions. It was noted that Azerbaijan is the political and economic center of the South Caucasus. More than 60% of GDP in the South Caucasus belongs to Azerbaijan. Broad transit potential, implemented regional projects, favorable business and investment climate, etc. makes Azerbaijan attractive for foreign investment. The success of Azerbaijan are highly appreciated by international financial institutions. Thus, in the “Doing Business 2019” report of World Bank Azerbaijan is ranked 25th among 190 countries, improving its position by 32 points and it was included in the list of 10 world reformist countries and declared the most reforming country.
Prime Minister of the Slovak Republic Peter Pellegrini expressed his satisfaction with his visit to Azerbaijan and noted that the participation of a large number of business people in the business forum is an indicator of the importance attached to the development of relations. It was noted that Azerbaijan has passed a period of great development in the short run and is one of the important countries in the region. Peter Pellegrini mentioned the interest of Slovakian businessmen in cooperation of energy, renewable energy, machine-building, chemistry, ICT and other fields. He noted that the business forum would contribute to the expansion of cooperation and the establishment of new ties. The Prime Minister noted the opening of the Slovak embassy in Azerbaijan in near future and the establishment of Joint Intergovernmental Commission between two countries.
Yusif Abdullayev, the executive director of AZPROMO and the head of the Slovak Investment and Trade Promotion Agency (SARIO) Tibor Buchek and SARIO representative Tomas Shandor made presentations on business and investment climate of Azerbaijan and Slovakia respectively.
Business forum participants were informed about Slovak companies, bilateral meetings were held between businessmen. 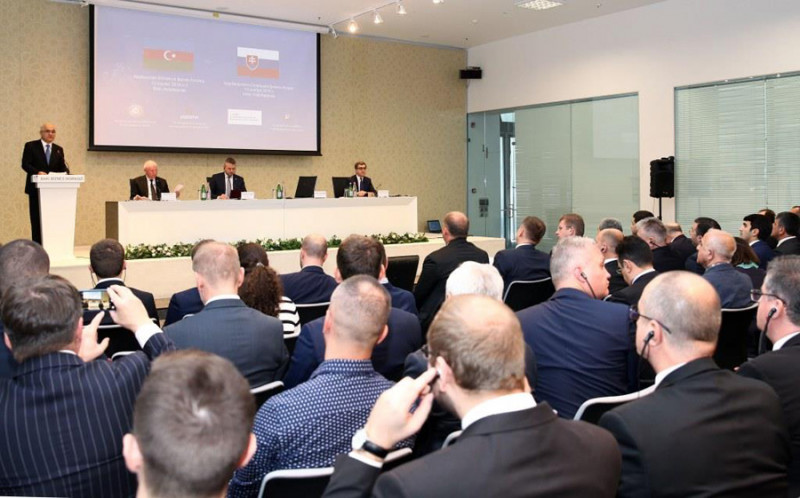 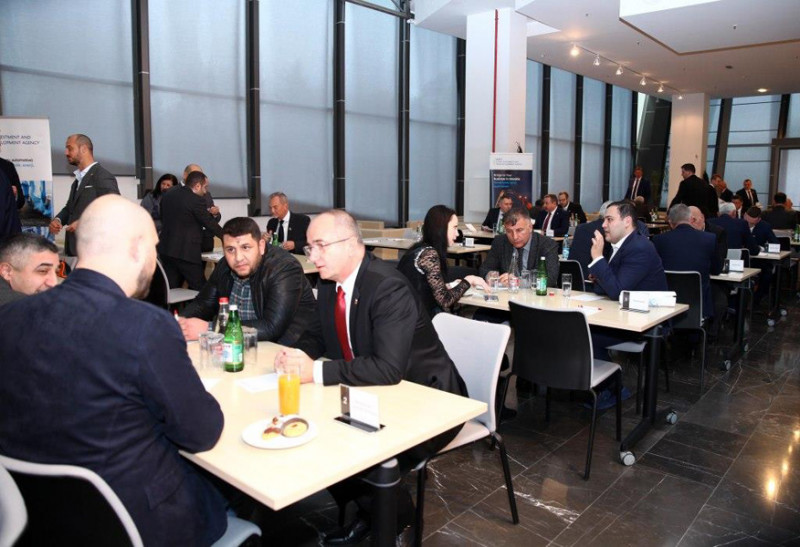