The Azerbaijani delegation is on visit to China

The delegation of officials and entrepreneurs led by co-chair of the Azerbaijan-China Intergovernmental Commission for Trade and Economic Cooperation,the Minister of Economy Shahin Mustafayev is on visit to the People's Republic of China.
On the first day of the visit, Minister of Economy Shahin Mustafayev attended the opening ceremony of the First Chinese International Import Exhibition in Shanghai.
The president of People's Republic of China Si Jinping made a speech at the opening ceremony.
It should be noted that more than 3,000 companies from 170 countries are represented at the exhibition at National Exhibition and Congress Center.This is the first exhibition of imported products in China. More than 100 new products and technologies are demonstrated for the first time at this exhibition.
Over 180 products from more than 30 Azerbaijani companies in the field of food products are presented at the pavilions of food and agricultural products and services . Grape and fruit wines and other alcoholic drinks, tea, fruit juices, jams and other canned products, confectionery, nuts, dried fruits and other food products are displayed on a single country stand “Made in Azerbaijan” supported by the Ministry of Economy and the Azerbaijan Export and Investment Promotion Foundation (AZPROMO).
In Azerbaijani pavilions, visitors of the exhibition are informed about our products and services, and various educational materials are presented to them. Advertising boards “Made in Azerbaijan” are installed in various parts of the exhibition. Within the framework of the exhibition which is due to last till November 10 will feature meetings of Azerbaijani companies with distributors of China’s agricultural and food industry products.
Azerbaijani delegation headed by the Minister of Economy Shahin Mustafayev got acquainted with the First Chinese International Import Exhibition.
A number of forums are also held within the framework of the First Chinese International Import Exhibition. On November 6, the Azerbaijani delegation took part in the Forum "Pipeline and road ecological agriculture and food security", organized by the Chinese Market Management Administration, Chinese People's Association for Relations with Foreign Countries and Shanghai Municipal Council.
Speaking at the forum, Shahin Mustafayev emphasized that the Azerbaijani-Chinese relations were based on mutual respect and friendship principles. It was noted that the political will and intensive dialogues between the Presidents of Azerbaijan and China create favorable conditions for the development of relations in the economic, humanitarian and other spheres between our countries. Azerbaijan is one of the first countries to support China's "Pipeline and Road" strategy and is closely involved in the implementation of this initiative.
Using the potential of the Trans-Caspian International Transport Corridor within the framework of China's "Pipeline and Road" initiative opens extensive opportunities for economic cooperation, particularly in the fields of investment, trade and transit. Together with the transit area, Azerbaijan is interested in cooperation with China in the field of agriculture and food security. Chinese companies are already successfully cooperating with Azerbaijan in the development of material and technical base of cotton and silkworm industry.
Having informed about the measures taken in Azerbaijan on the ecologically clean agricultural and food security, the minister Shahin Mustafayev stressed the importance given to the development of agriculture in Azerbaijan. It was noted that agricultural producers in Azerbaijan are free from taxation, they are given wide opportunities for access to preferential financial resources, they are provided with technical and necessary infrastructure and supported with modernization of irrigation systems, investment and export promotion programs, and subsidies are given to agricultural producers. As a result of taken measures agricultural the production in the country increased by 1.7 times in the last 15 years and by 4.3% in the first nine months of this year. The share of agricultural products in non-oil export of Azerbaijan exceeds 47%. As a result of export stimulus measures, export of agricultural products increased by 13% in the previous year.
The Minister of Economy stressed that systematic reforms in Azerbaijan are highly appreciated by influential international organizations. Thus, in “Doing Business 2019” report released by the World Bank, Azerbaijan was included in the list of 10 world reformers and declared the most reforming country. In the new report, Azerbaijan has risen to 32 positions and ranks 25th among 190 countries and has been leading among the CIS. Our country has achieved significant success up to 100 positions on two indicators, reaching the 2nd place in the world in terms of protecting the interests of small investors, and reached to the top ten on the business start up indicator.
As for food security, Shahin Mustafayev noted that serious work was done in the field of optimization of the food security system within the framework of socio-economic reforms in recent years, and bilateral and multilateral formats are carried out to enhance the application of the experience of leading countries in food security.
Members of the Azerbaijani delegation - Deputy Minister of Agriculture Seyfaddin Talibov, deputy director of AZPROMO Yusif Abdullayev, deputy director of the Food Security Agency Rufat Rustamzade participated in the Forum "Trade and Investment". 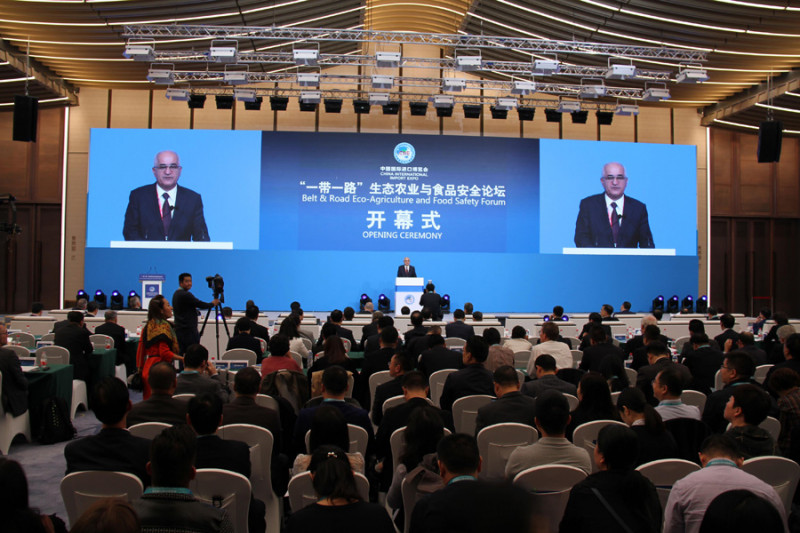 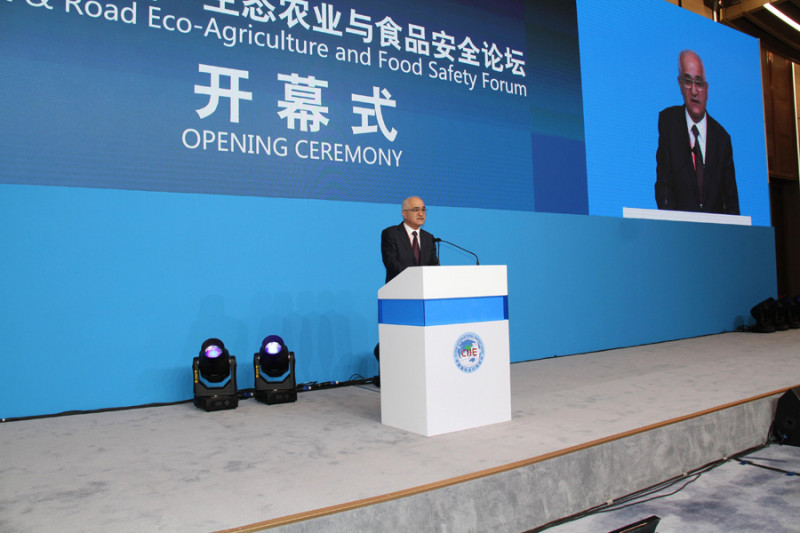 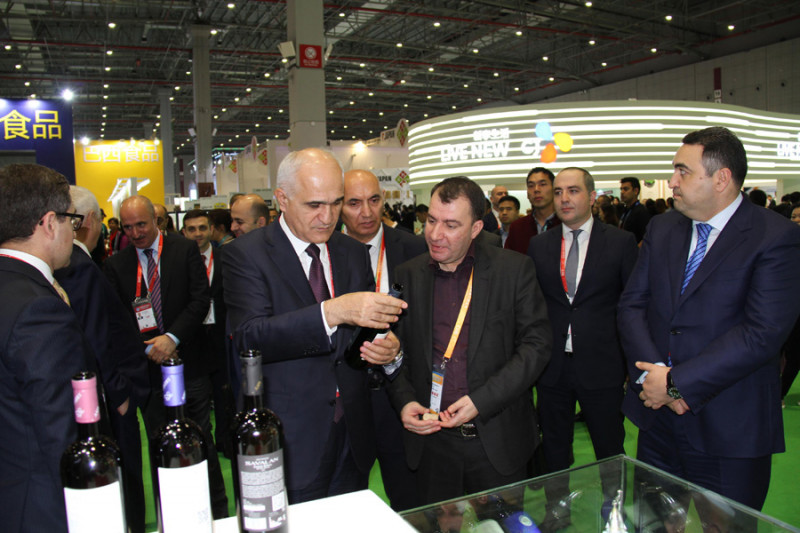 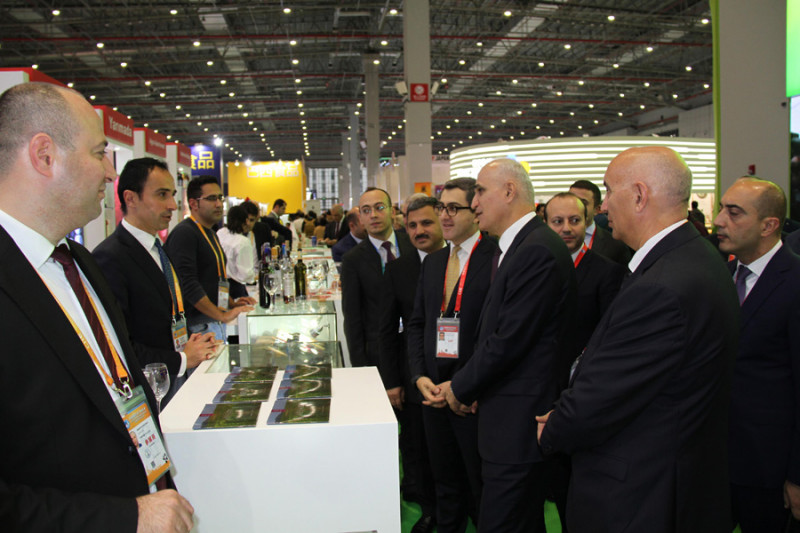 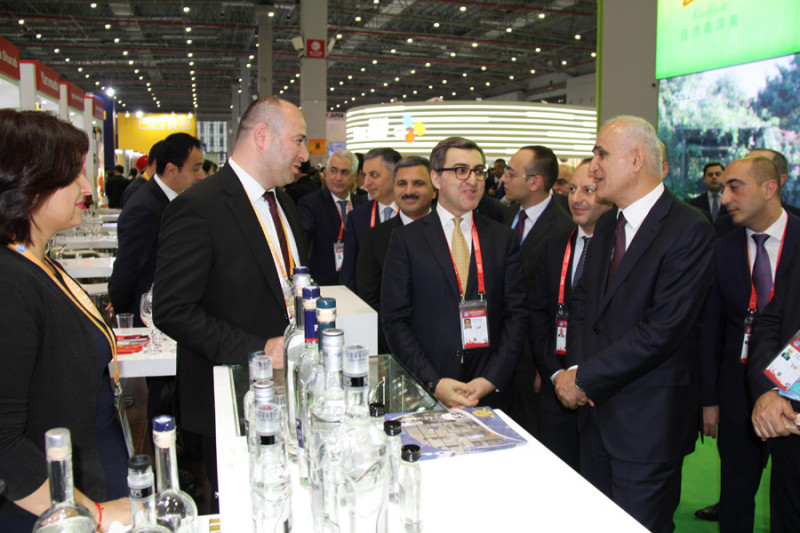 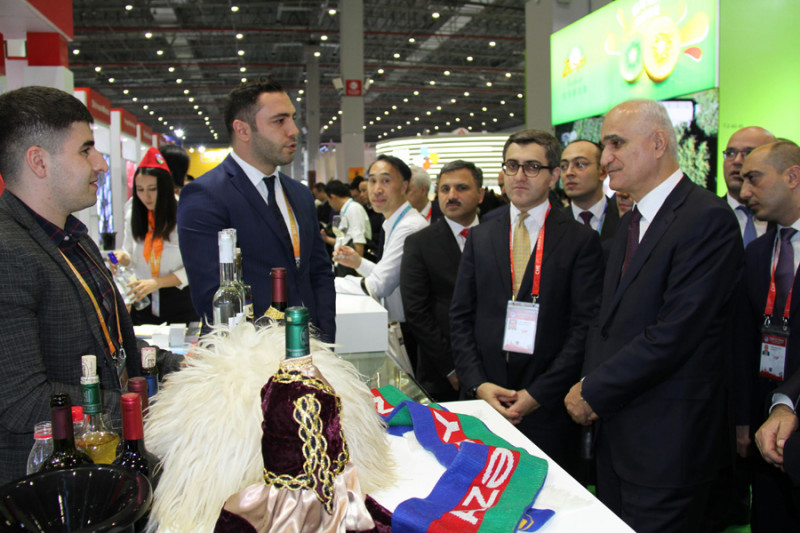 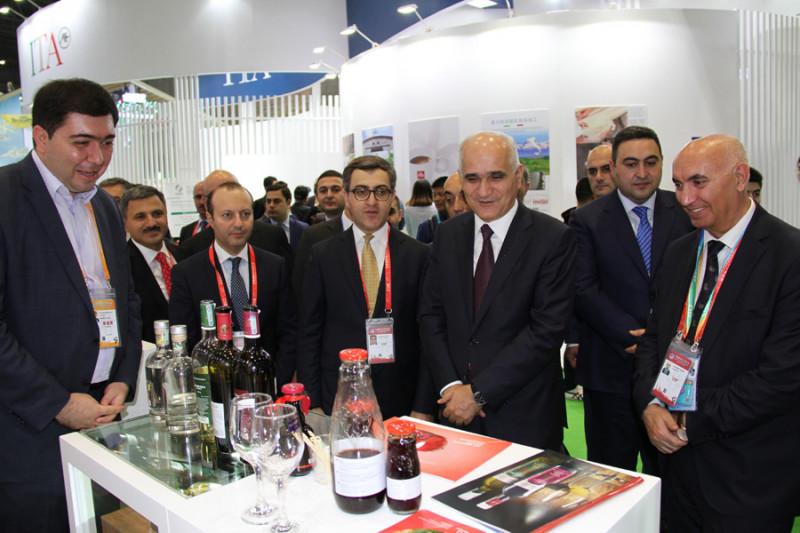 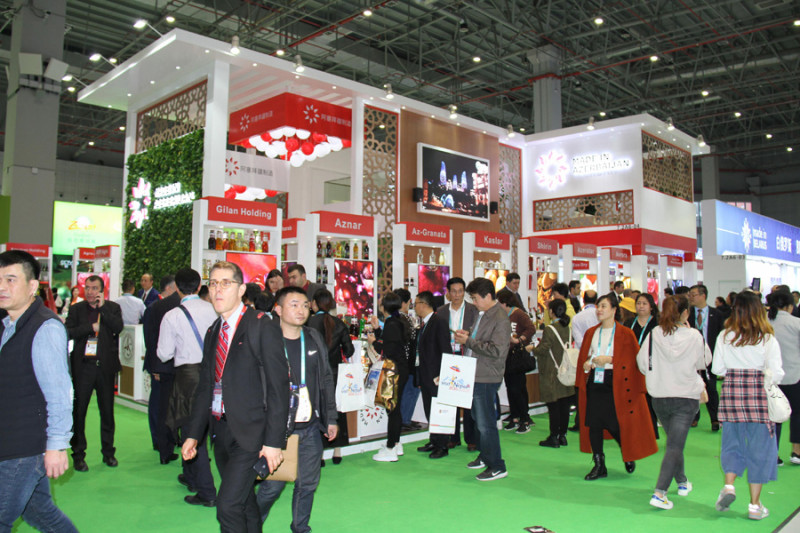 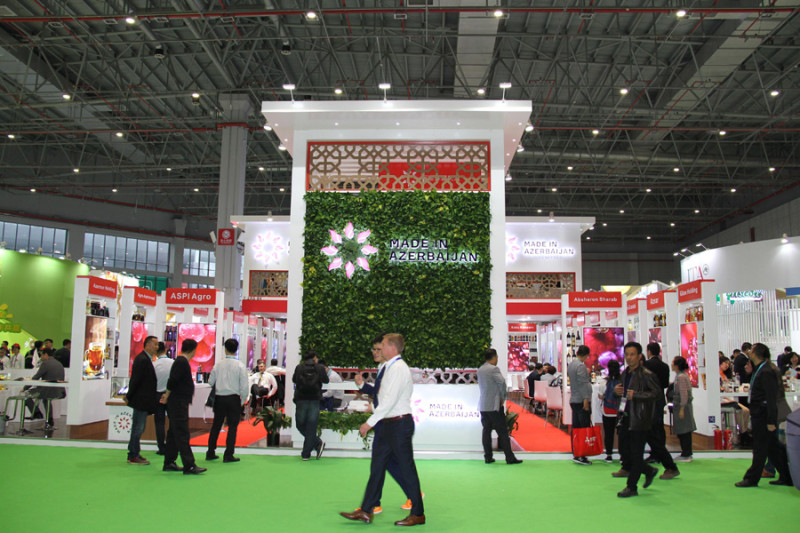 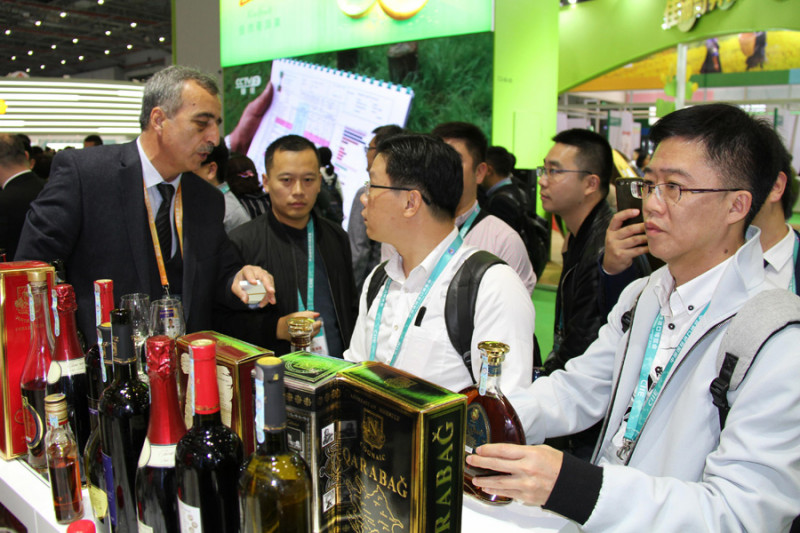 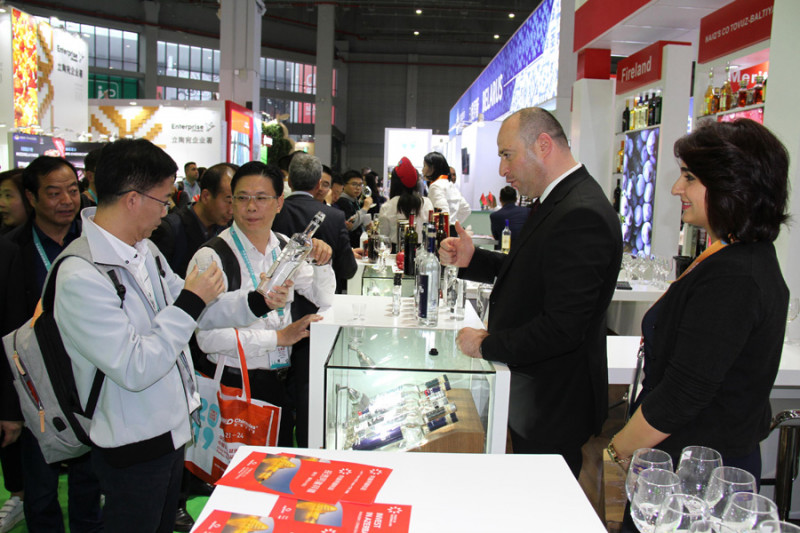 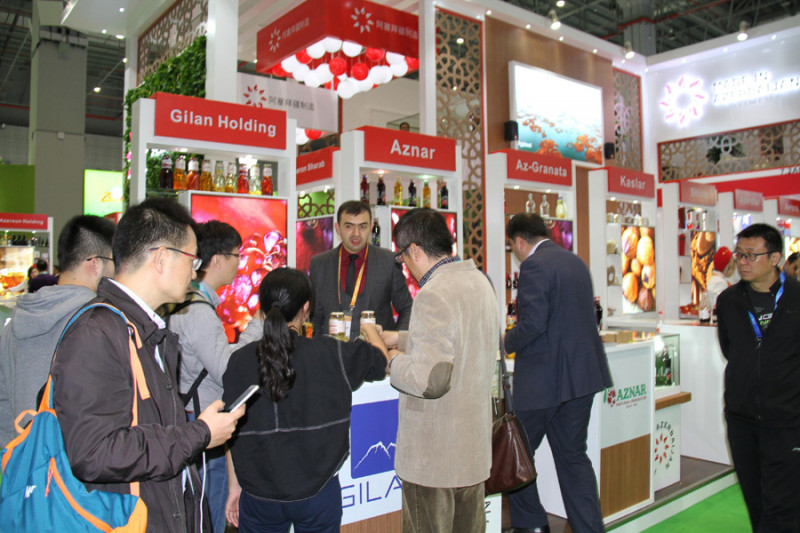