Today with support of the Ministry of Economy, organization of Azerbaijan Export and Investment Promotion Foundation (AZPROMO) Azerbaijan-Czechia business forum was held. Alongside with the officials from both sides, about 130 businessmen dealing with the fields of tourism, public healt, logistics, banking, service, insurance, mechanic engineering, energetics and others participated at the event.
Shain Mustafayev made a speech in business forum organized in Baku Business Center and noted that 25 documents have been signed between Azerbaijan and Czechia covering different fields and economy as well. At present, 25 companies with Czech capital work in Azerbaijan in service, communications, trade, construction and other fields. Czech companies have been engaged as contractors to state projects in Azerbaijan with total cost of more than 2 bln.dollars. Trade turnover between our countries in 2017 has increased for 2.4 and through January-June of current year – for 2.1 times. 85% of Czechia trade turnover with the countries of South Caucasus falls on Azerbaijan. Mutual capital investment have been made and the prospects for collobaration in this field are wide.
A Memorandum was signed on truck assembly in Azerbaijan between “Ganja Auto Plant” and Czech “Tatra” companies, the works related are continued. Our countries corporate in motor and railways reconstruction, finances, trade and mutual capital investment spheres. There are wide prospects for collaboration in the fields of pharmacy, mechanic engineering, chemical industry, transport and transit, as well as tourism and IKT.
The Minister Shain Mustafayev provided detailed information on foreign investments and prospects for the businessmen and noted out that Azerbaijan is a stable country, the political and economic center of the region as well. In Azerbaijan up-to-date infrastructure has been developed, due to which transit prospects are wide. More than 60% of GDP in South Caucasus falls on Azerbaijan. According to the results of polling of European Union held on business environment in Azerbaijan through 2018, 65% of foreign investors evaluated current macro-economic situation positive, and 89% estimated macro-economic prospects of the country positive and stable.
The Minister of Industry and Trade of Czech Republic Marta Novakova expressed her satisfaction for her first visit as a Minister being held to Azerbaijan and emphasized successful development way of the country. Marta Novakova noted out that Azerbaijan is a traditional partner of Czech Republic and emphasized wide prospects for corporation in the fields of industry, pharmacy, chemistry, establishing of joint ventures, emphasized that today’s business forum is a favorable event for the enhancement of relationships and Czech companies are interested in the collaboration with Azerbaijan.
Afterwards acting as the Head of AZPROMO Yusif Abdullayev and vice-president of Czech Republic Trade Chamber Borijhov Minarjh made a presentation on business and investment environments in Azerbaijan and Czech Republic correspondingly, and Head of Trade-Industry Chamber of Czech Republic in CIS Franshitek Masopust made a presentation on Czech companies’ activity and corporation directions.
Bilateral meetings between businessmen and discussion on the prospects of relationships enhancement held within the business forum. 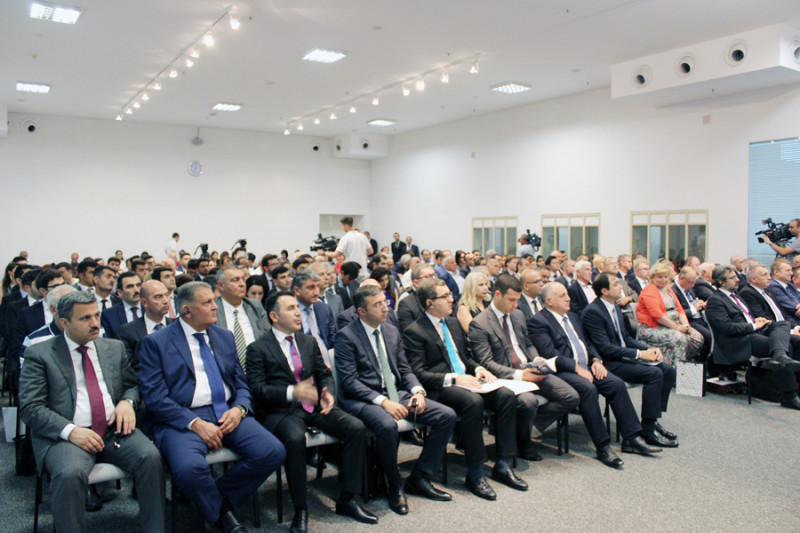