“Azerbaijan Wine House" was opened in Shanghai on November 7. This is the second Wine House of Azerbaijan in China.

An exhibition of our products, wholesale and retail sale, as well as their tasting will be held at Azerbaijan Wine House in Shanghai Vayqaochao International Trade Operations Center (ITOC) which is the world's first and largest trading zone . More than 120 varieties of grape and fruit wines, alcoholic drinks, fruit distillates, etc., produced by our local companies are displayed in "Azerbaijan Wine House".
Speaking at the opening ceremony of "Azerbaijan Wine House", Minister of Economy Shahin Mustafayev expressed satisfaction with successful development of the Azerbaijani-Chinese relations based on mutual respect and friendship, emphasized the importance of the political will of the two presidents, high-level visits, and agreements reached in strengthening the relations between two countries.

It was noted that Azerbaijan attaches great importance to the expansion of economic relations with China and the implementation of mutually beneficial joint projects. Pointing out that trade cooperation is an important direction of Azerbaijani-Chinese economic relations, Shahin Mustafayev said that Azerbaijan's trade turnover with China increased by 20% in 2017 and China takes the fourth place in foreign trade turnover of our country.

Azerbaijan undertakes complex measures to further expand its cooperation with China,Trade Representative of Azerbaijan operates in China, export missions to Hong Kong, Guanjou, Shanghai and Urumgi were organized for promotion of ”Made in Azerbaijan ” brand and Azerbaijani products in China, Trade House of Azerbaijan in Lujou and Wine house in Urumgi were opened and the products of Azerbaijan are exhibited at various international exhibitions in China
Minister Shahin Mustafayev emphasized that the export of wines of Azerbaijan to China will be expanded and he also mentioned that local wines are selected with special taste and high quality, and Azerbaijani wines were honored in the” International Wine Challenge” competition in June of this year in Shanghai. It was noted that the first Wine House in Azerbaijan was opened in September of this year in Urumgi, China. It is planned to open Azerbaijan Wine and Trade House in other regions of China.
Deputy of General Director of Shanghai "Waygaochao Group Co. Ltd.” John Hao noted that Azerbaijani-Chinese relations are successfully developing in different directions. "Azerbaijan Wine House" opened in Shanghai will contribute to the development of economic and trade relations and will also play an important role in promoting Azerbaijani products to Chinese buyers.
Then the participants of the ceremony got acquainted with "Azerbaijan Wine House". The representatives of companies exposing their products in wine house were informed about wine and spirits.
The Azerbaijani delegation also visited the network of “Direct Imported Goods” ("DIG"). It should be noted that the sale of Azerbaijani wines and other alcoholic beverages has already begun in the network of "DIG" markets of the Shanghai Waygaochao International Trade Operation Center.
On the same day, the Minister of Economy of Azerbaijan Shahin Mustafayev met Li Jinsong, the Vice President of Shanghai International Trade Operations Centre Administration.
During the meeting Azerbaijani delegation were informed about the Waygaochao Free Trade Zone, the "single window" system created there, the legislation, the customs, financial and logistics services, the residents of zone, and there were exchange of views on Chinese experience in this area. Minister Shahin Mustafayev informed about the visit of the Azerbaijani delegation to China, demonstration of our products at the First Chinese International Import Exhibition in Baku, as well as the Baku International Sea Trade Port. He stressed the formation of free economic zone, including the territory of the port was inteded. 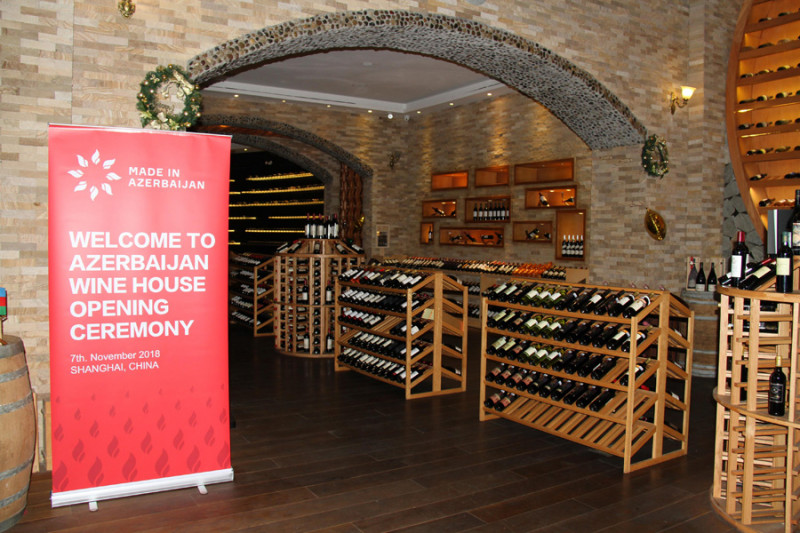 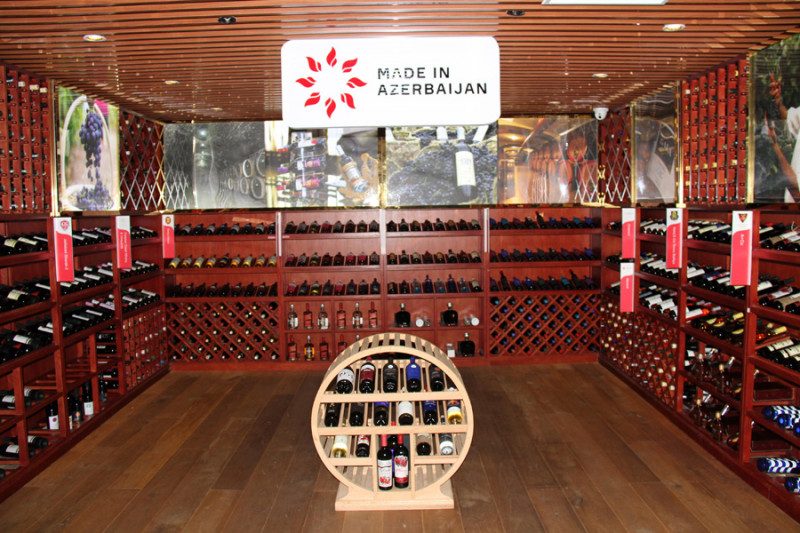 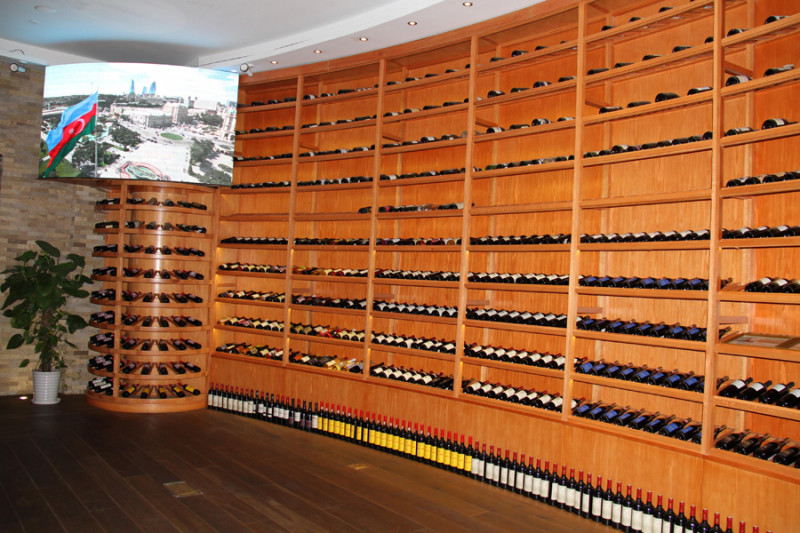 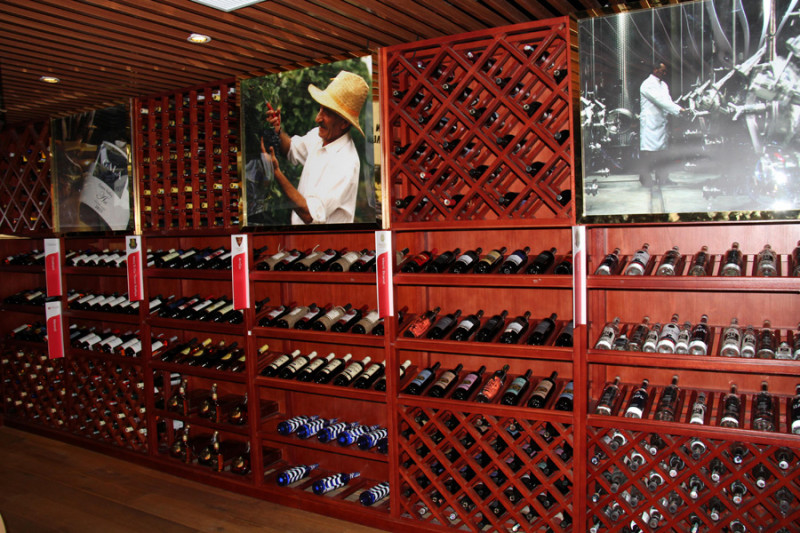 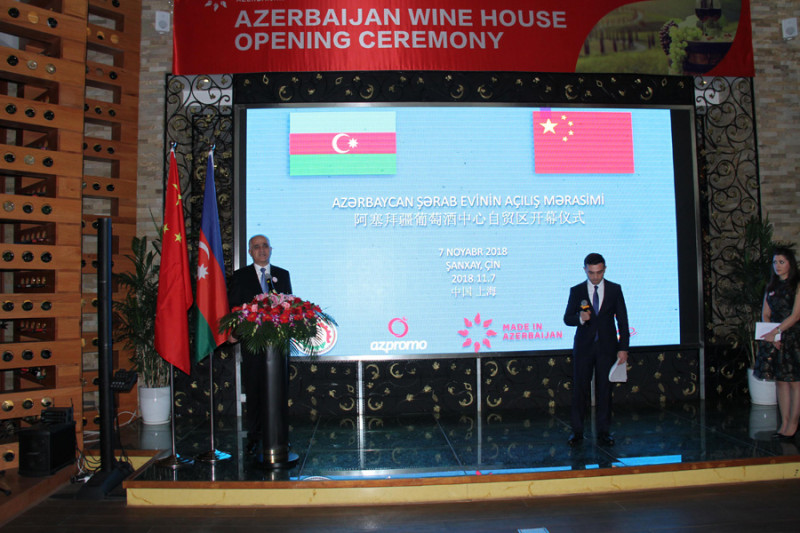 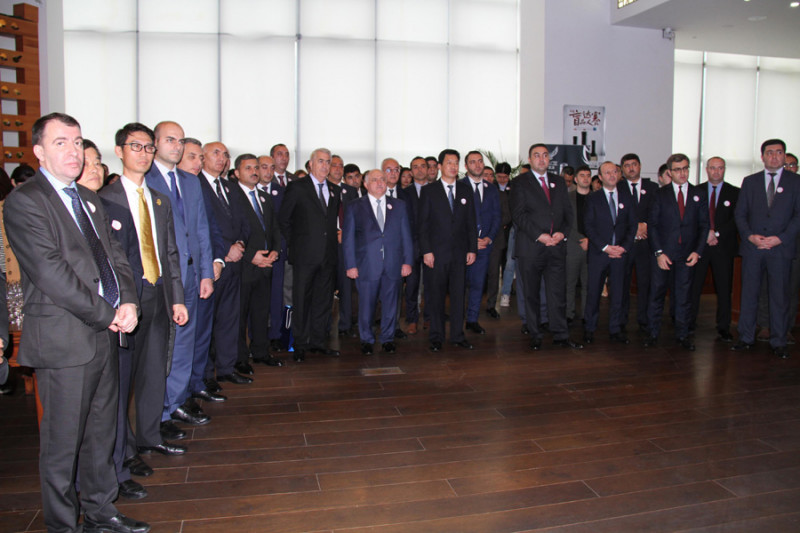 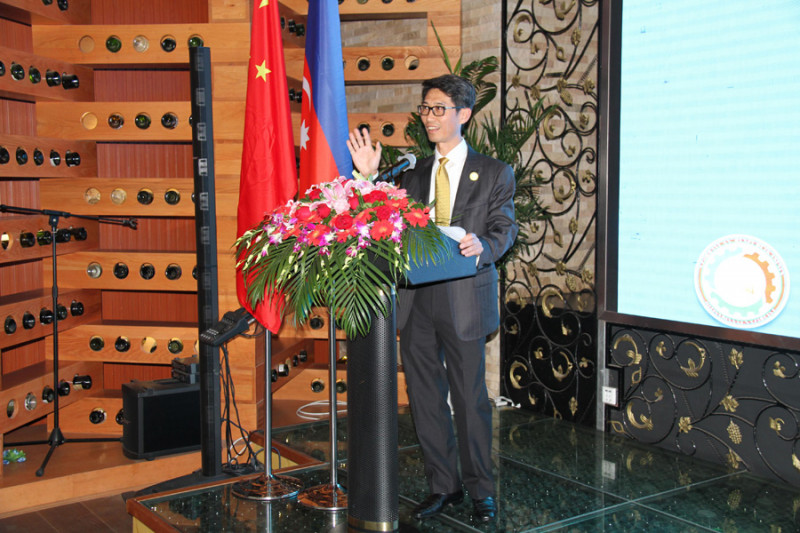 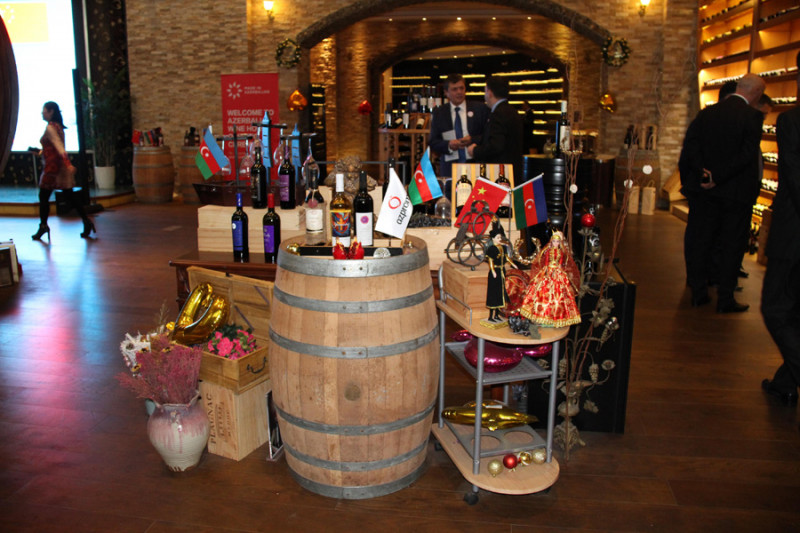 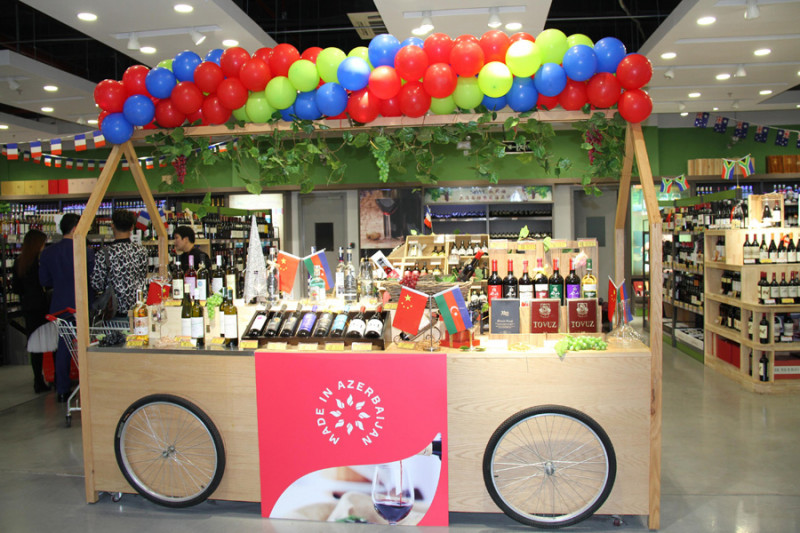 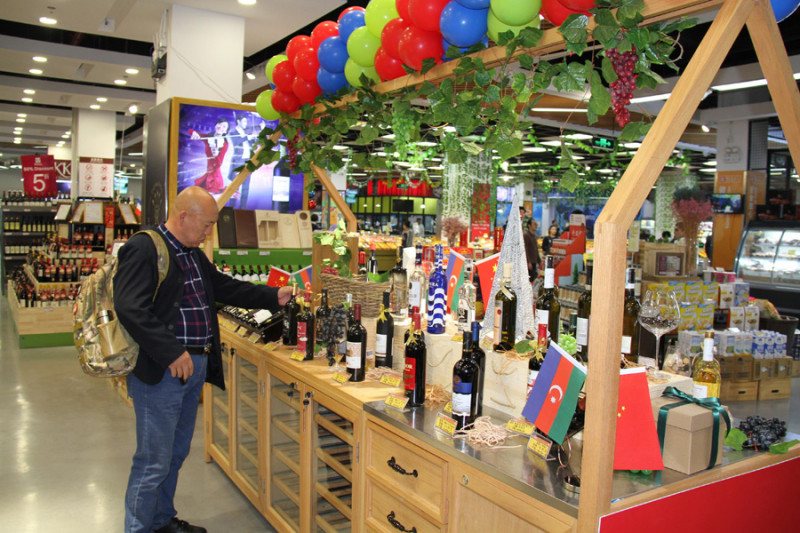 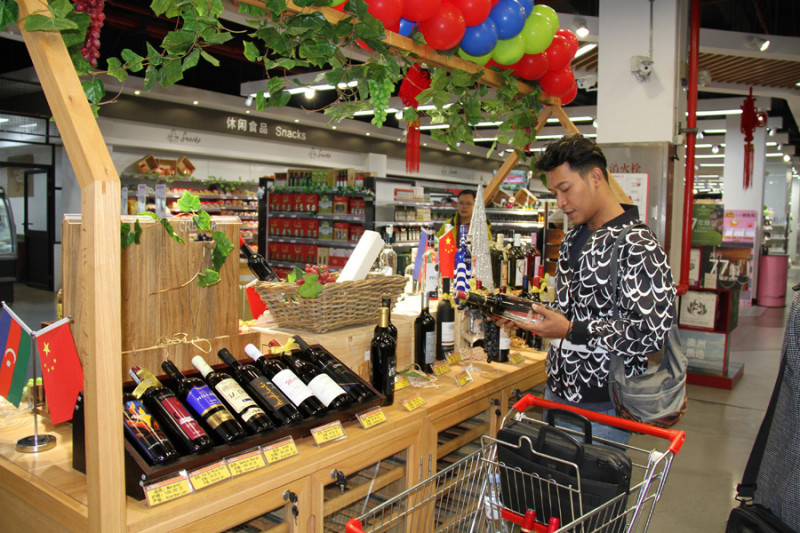